COMAC never fails to fulfill Breweries’ expectations: once again at your side! 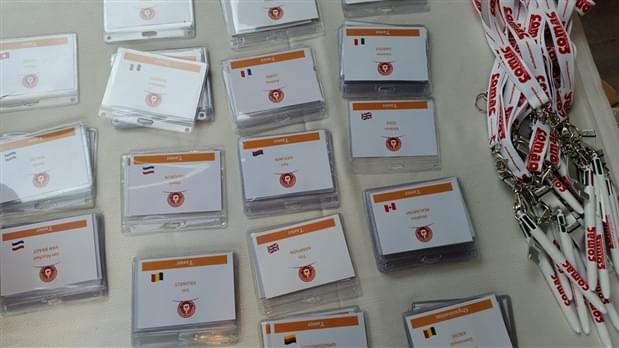 The suitcases are packed. The gifts to be given to our guests are wrapped. The cup is under costruction. The videos are shot.

The team Comac is ready to leave.

Who: International Breweries
Where: Leuven, Belgium
When: October 31st to November 2nd
What: Brussels Beer Challenge 2014
Why: Because for the next 3 years Comac is sponsoring this exciting event.

This is the third edition and this year such an event takes place in the beautiful city of Leuven.

Comac, for some years also in the world of craft breweries, or best known as BREWERIES, as "Kuaska" says, has chosen to be a sponsor of this important event to reaffirm its commitment to the world of beer and craft beer.
Waiting to know the Winner of each category, COMAC is pleased to award its prize to the best beer ever which gets the greater number of preferences.

We wish you a great success!
See you soon in Leuven.