Christmas Beers: special editions and new tastes to be discovered

Initially the seasonal and spicy beers were consumed within the family but, over the years, the Christmas Beers began to be appreciated all over the World. 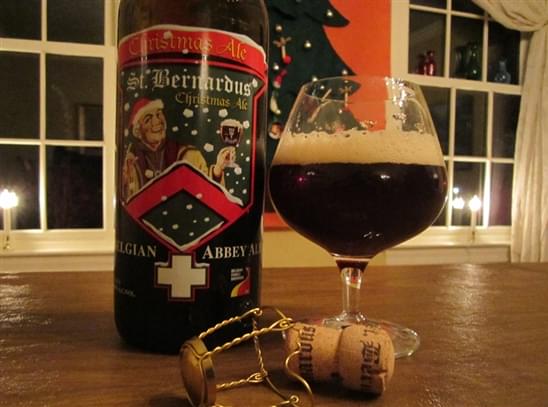 Here we are, once again, close to Christmas and, in addition to the brightly lights and various decorations, the typical fragrance of ginger, cinnamon, cloves, honey, chocolate, raisins, dried fruiti is in the air. Usually used as ingredients for traditional desserts, from simple cookies to more elaborate cakes, but since few years now it has been possible to find such a bouquet of aromas also in craft beers specially prepared for Christmas: the Christmas Beers.

Historically, the initiators of this tradition were the Belgian brewmasters who, from the end of the nineteenth century, began to produce special beers able to match the delicious and full-bodied dishes prepared on the occasion of these festivities. Of higher alcohol content than regular beers, also suitable for the harsh winter temperatures, these Christmas Beers, thanks to the different spices and ingredients they are enriched with, go perfectly with most of the traditional Christmas dishes.

Initially these seasonal and spicy beers were consumed within the family or at least within the village where the brewery was located, but,  over the years, thanks to the success gained, these beers began to be marketed outside the small circle of local consumers and the tradition of the Christmas Beers became to widespread in Europe first and then land on the shores of the United States, where now the craft brewers are very popular.

At the beginning of the twentieth century  this phenomenon took place even in England, where, to this day, it has been becoming a product that attracts more and more scholars and lovers of spicy beer. The Ridgeway Brewery, located in a small town, west of London, set up in 1779 for Christmas produces ten special beers, including five dedicated to the"bad elf" who makes bad jokes to Santa Claus (look at the labels). 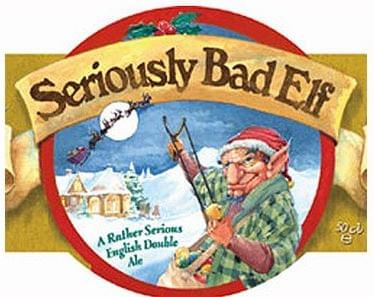 The Bad Elf, a very aromatic and excellent roasted IPA, full of English hops and perfect for winter evenings. Very Bad Elf, a darker and more alcoholic version of the previous one, with sweet notes of toasted hazelnut and characterized by the massive use of Pale malt. Seriously Bad Elf, a very personal interpretation of the Belgian tripel beer, with hints of honey, white fruit and rhubarb, in the end pleasant bitter aftertaste closes the tasting. Criminally Bad Elf , a "happy" version for a classic barley wine,  with a sweet aroma of candied fruits. The last one is the Insanely Bad Elf, an imperial red ale, with a wide bouquet of sweet plums, bananas and honey (this beer can be aged).

Even in Japan, where Christmas is not a traditional festival, but where the people are always ready to not miss an opportunity to celebrate, the first Christmas craft beers begun to be produced. 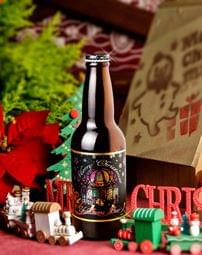 In Italy the phenomenon began a few years ago and breweries like Birrificio di Lambrate, Birrificio Indipendente Elav or Baladin are ready to put on the market their originals and seasonal productions.

What they are going to brew for this year?

Have you already tasted some of them? Can you give us a hint?