Record Clubs were so far a British exclusive - During the '50s and the '60s they would reach even the farthest places where there were no music shops. Nice story, you'll say 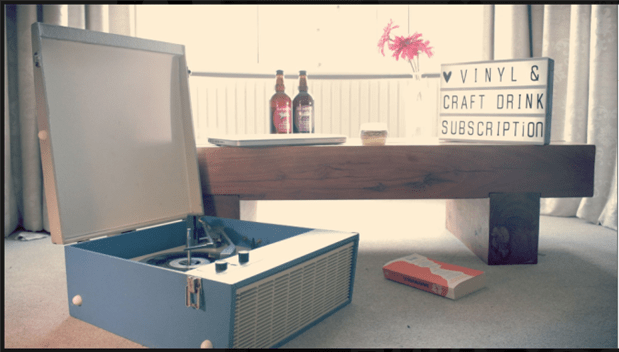 Record Clubs were so far a British exclusive - During the '50s and the '60s they would reach even the farthest places where there were no music shops. Nice story, you'll say, but what is the tie between Comac world and this piece of news?

That's briefly said: there is a rebirth of Record Clubs and one of them, specifically, puts together vinyl and craft beer in one single project.

The club in question, whose name is Hurd, is a virtual one and was born form the idea of a young man from London, Jack Miles, who wanted to match his two passions in one single "job". The mechanism is simple: upon a monthly fare, subscribers receive a parcel at home containing an exclusive vinyl (specifically printed for the club) and four bottles of craft beer or cider, based on the preferred option. As of last December, the service is effective all over the world.

Jack chooses personally his “record of the month”, finding on the Internet the most interesting emerging artists, to whom he matches the labels of craft beers from Great Britain and the United States.

"It took us a while to understand that vinyl and beers would have been the right pairing - That it was what we would have liked to receive, and therefore to offer". What helped bringing the two things together is the surprise to always discover new flavours and the pleasure of vintage items, that are back in style again.

Congratulations to the team at Hurd and to Jack for his original idea!

What about you? Do you have a preferred beer that you associate to your favourite record? Tell us below in the comments or visit our Facebook page!