Armand Jean Le Bouthillier de Rance, who was this guy?

Since the Middle Ages the monks have been produced alcoholic beverages such as wine and beer according to secret recipes preserved inside the abbeys, following the ancient method of high fermentation. 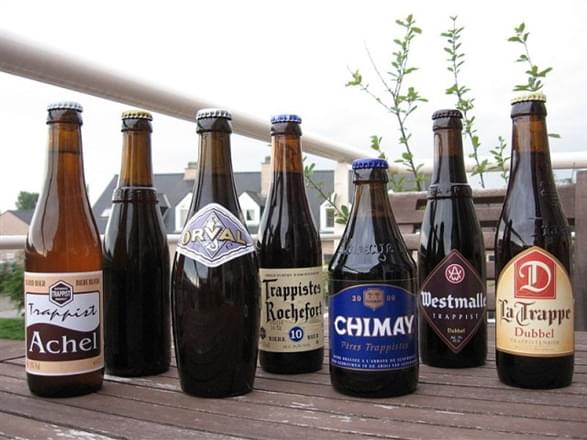 Definitely better known as Abbot La Trappe, named after the abbey in Normandy, where he lived and died, Armand Jean Le Bouthillier de Rance is the founder of the Trappists Order, also called the Order of the Strict Observance, a more rigid and strict Order than the Cistercian one who followed the rule of the Common Observance and, with the passage of time, became more and more liberal. Among the rules imposed by the Abbot there was to drink only water, but the monks began to specialize in the production of beer, now known as Trappist beers.

But what does “Trappist beer” mean?

In 1997 the well known red brand of hexagonal shape was created: Authentic Trappist Product. Today only 10 breweries can use this label, six of which are in Belgium: Bières de Chimay, Brasserie d' Orval, Westmalle Brewery Brasserie de Rochefort, Westvleteren, Brouwerij de Kluis Achelse, the Austrian Stift Engelszell (which produces the Gregorius and Benno beers), the Dutch Mary Toevlucht (which produces the Zundert beer), the American St. Joseph 's Abbey and the Brewery De Koningshoeven (La Trappe) in the Netherlands, to which the use of the logo temporarily revoked from 1999 to 2005 because of the failure to comply with the constraint of no profit.

The most important criteria in order to define a beer "Trappist" one are:

1. the production of beer should only be made inside the Trappist Abbey

2. the entire production process must be carried out under the direct control of the monastic community

3. revenues from the sale are to be used by the Order to pursue charitable acts

The monks also produce beers with an alcohol content significantly lower than those sold but are intended only to domestic consumption inside the monastery.

Since the Middle Ages the monks have been produced alcoholic beverages such as wine and beer and, in the organoleptic level, these beverages are to be considered real food, valuable support during some periods in which they practice religious abstinence from food. Also according to the dictates of ora et labora, using the fruits bestowed by God in order to create a high quality product is a way to thank him and honor him: that’s the reason why the Trappist beers have always been hight quality beers.

These beers, real gems for connoisseurs, produced according to secret recipes preserved inside the abbeys, following the ancient method of high fermentation can fall into the category of Ale beers. They usually have an alcohol content ranging from 6 to 9 degrees and have a full bodied structure.

The colors vary from yellow to dark brown, passing through the various shades of amber without losing shades of red.

On the nose the aroma is complex and often, due to the high fermentation process, hint of malt prevails.

We suggest you to match them with aged cheeses, blue-veined cheeses, structured courses and rich in spices and grilled meats and game.

There are also other beers named "abbey beers" that have nothing to do with those produced by the Trappist monks: due to high fermentation, these abbey beers can remember the Trappist ones, but they are not produced within abbeys. Among the "abbey beers" we can also include beers that are secular in name also, but whose style is close to the monastic ones, such as the Noel Baladin beer: the fact of not being "authentic Trappist" does not affect the quality although many kind of such beers are not so good..

And which Trappist beers have you drunk? What do you think about them?

We await your comments!