Allagash, a corner of Belgium on the coast of Maine 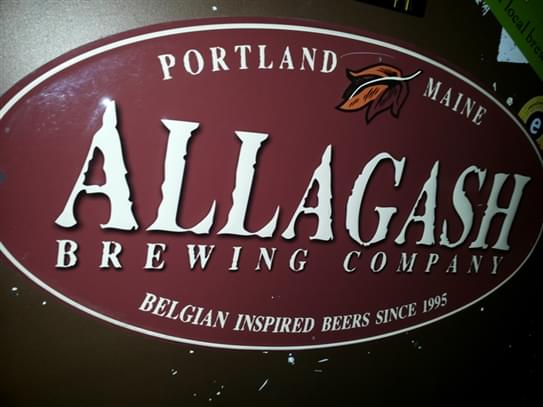 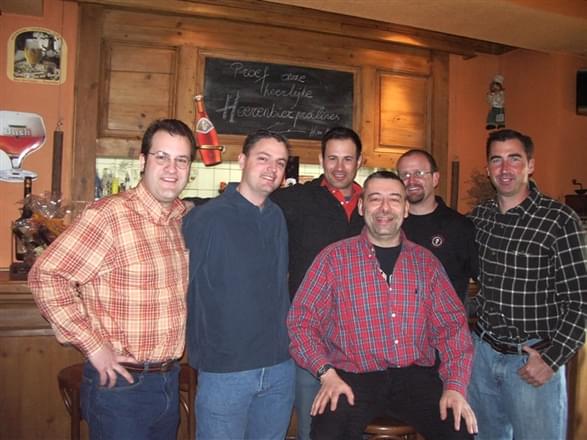 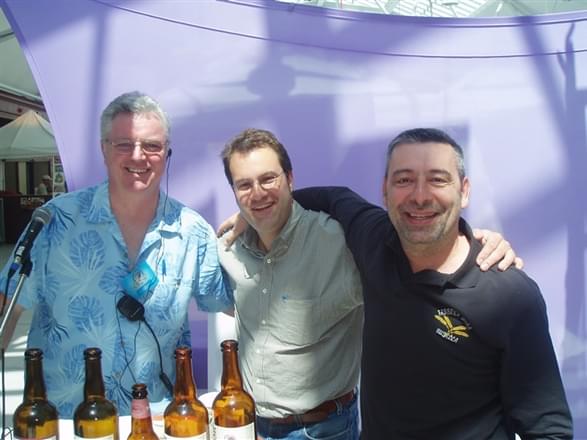 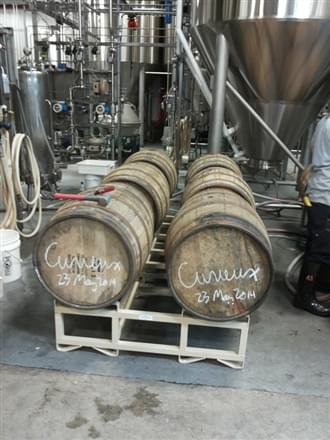 My first encounter with the Comac universe happened on the 13th of January at the Lambiczoon, in Milan, on the award for the best Brewer of the Year 2013, event that saw me as the host.

Giorgio and his entourage were impressed by my verve, my passion and my paternal sense of protection towards my brewer “children”. I, for one, was particularly impressed in finding, among the huge list of their customers scattered across the globe, many of the breweries that I value the most, together with brewers with whom I have a close friendship.

Then is when the idea of a collaboration for events and projects was born, with a start by my official contributions to this blog. I wish, from this issue, to bring the readers to discover the various realities, personalities and souls of those that have chosen Comac.

Allagash, a corner of Belgium on the coast of Maine

My friendship with Rob Tod dates back to at least ten years ago. We met for the first time in San Diego on the spring of 2004, in the framework of the World Beer Cup where I was a judge, and he was the brewer awarded for his marvellous Allagash White, a blanche of clearly Flemish inspiration.

Since then, we met countless times in several US towns, in Canada and, of course, in Belgium. Yep, obviously, because Rob has always been a great connoisseur of the beers of my second homeland and when, in the summer of 1995, he started his business with a small production, with a plant of approx. 1,750 litres, he already had clearly in his mind the will to reveal the Belgian styles to the American public, more accustomed, already then, to German or British typologies.

His first beer, needless to say, was exactly the aforementioned Allagash White. The product was so successful that Rob was persuaded to carry on that path, so ideal for him, that soon enough a Dubbel and a Tripel were created by the book, or better, by the Trappist recipe J

Always with his sober style, a calm speaking and patient listening, quite different from his informal and eccentric colleagues weirdly dressed, with beards and horsetails, Rob looks more like a bank clerk rather than one of the top-leading professionals of the thrilling American renaissance, as he is universally and duly acknowledged.

Well, behind this gentle and shy guy from Maine, with short hair and short-sightedness glasses, a courageous pioneer and a reckless essayer is hidden. Rob was the first to think about using the t-shaped cork cappers with muselets for the 75-cl stylish bottles, following the Belgian tradition.

His terrific Curieux was his first beer, aged in Bourbon barrels, after which other gems followed such as, to name a few, the golden Interlude, aged in red wine barrels, and the stout Odyssey, aged in American oak barrels.

In my opinion, though, Rob’s courage and recklessness are intensified and emerge with the series named Coolship, the cooling tank that we can contemplate in the lambic breweries, in Pajottenland. Rob actually had one built and installed in his brewery in the summer of 2008, which is being used, during cold months, to cool wort and gather bacteria (lactobacilli and pediococci, in particular) and wild yeasts (mainly brettanomyces) that made up for the local multiflora.

Due to the extraordinary talent of Jason Perkins, his trustworthy and indispensable co-brewer, some “acid” (stout) masterpieces are thus born, all under the Coolship name, such as the Resurgam, similar to the flat lambic, the Red and the Cerise, both aged in barrels for six months, with local raspberries and cherries, respectively, a mix between the Montmorency and Balaton variety, all grown in Maine, of course.

In March 2006 I had the great honour to organize and lead five American top brewers in a memorable tour to Belgium, put together by Sam Calagione (Dogfish Head) in Delaware, who involved Californians Vinnie Cilurzo (Russian River) and Tomme Arthur (Port Brewing/Lost Abbey), Adam Avery (Avery Brewing) from Colorado and obviously Rob Tod (Allagash) from Maine.

The aim was to pay a sincere and warm tribute of gratitude to the country that inspired them introducing, by two beers each, their interpretation of the traditional styles inside the most authentic shrines of the Belgian beers. Rob chose his White and Curieux, earning a significant personal success that gave him stimulus to continue and try out, especially in the field of sour beers in general, and of spontaneous fermentation in particular.

You can relive the thrilling adventure on Youtube, watching the beautiful video shot by J.R. Richards, the movie director of “Beer Hunter The Movie” dedicated to the king Michael Jackson. Link: https://www.youtube.com/watch?v=Y_aZWRg7xyc

I was with Rob during all the six editions of the World Beer Cup, as a judge, on three Great American Beer Festival, on one Mondial de la Bière in Montreal and many times in Belgium, and each time we strengthened our deep friendship and mutual regard.

Rob is a perfectionist, in all that he thinks and subsequently puts into practice. He is well aware of his responsibility to represent excellence in brewing for his State, and of the expansion of current production (over 50,000 hectolitres a year), therefore the well-considered choice to rely on high-level Comac machines can only make the Bergamasque company be proud of it.

It is still alive in me and in my group of brewers, experts and lovers, the strong emotion felt during the important visit in May 2014. People from Maine are known for their hospitality, but that received from Rob, Jason and the entire Allagash staff was, to say the least, extraordinary. You can fully enjoy it by watching the video shot by Gianni Boscherini, our official photographer and operator, owner of Barbeer pub in Forlì. Link: https://www.youtube.com/watch?v=xZS8j-xeNUc